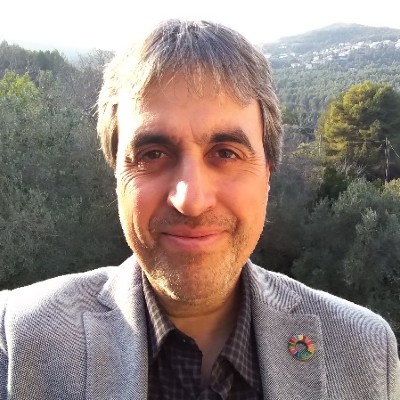 Elected councillor of Corbera de Llobregat (municipality of the Barcelona Metropolitan Area (AMB)) from 2003 to 2011 and mayor (2009-2011). Metropolitan councillor of the AMB 2007-2009. He has been advisor on environmental and urbanistic policies of the AMB and the Parliament of Catalonia between 2003 and 2010.

Advisor on public space and waste management of the Mayor of Bogota, Colombia, 2012-2016, and advisor on public space of the Sabadell City Council (Catalonia) 2017-2019. He has collaborated with UNHabitat and the Fraunhofer Institute for Applied Research (2018-2020). He is an independent advisor of the Inter-American Development Bank, and the UNESCO Chair on Sustainability.